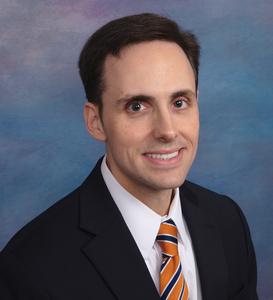 Expungement is the process of removing the record of an arrest and/or conviction from public view.   The records are kept under lock and key, and can only be examined at the request of a law enforcement agency.  Destruction of the record is actually a different animal, whereby the records are actually destroyed.  The terms “expungement” and “destruction” cannot be used interchangeably.

In filing the Motion and Order for Expungement, you must also pay fees for the following:

District Attorney office (typically $50)
Clerk of Court (depends on Parish, but generally $50-$100)
Louisiana State Police, Bureau of Criminal Identification ($250).  If the Court does not grant your expungement, this amount will be refunded to you.
Arresting Agency (such as St. Tammany Parish Sheriff Office, $50 charge)

If you were arrested but never prosecuted and not placed into a pretrial “diversion program,” then you can seek expungement without the above payments to the Bureau of Criminal Identification, DA or arresting agency.

Misdemeanors involving sexual acts or acts of domestic violence are generally not eligible for expungement.

After a hearing before the Court, with the DA and arresting agency present, the Court may order expungement of a record of felony conviction dismissed under Louisiana Code of Criminal Procedure Article 893.

There can be no expungement of the record of arrest or conviction for a sex offense involving a child under the age of 17.

You are generally allowed one expungement within a 5-year period (10 years for a DWI).

Records which have been expunged are generally treated as if they never existed, but the record can be reviewed by the following agencies/boards if you are applying for admittance to these professions:

Altogether, the administrative and filing fees associated with the expungement may be around $400.  You should be able to obtain forms from your local Clerk of Court office to complete the expungement.  As a licensed Louisiana attorney, I can represent you in your expungement proceeding for a reasonable hourly fee.

There are some other intricacies to this law and it will only benefit you to bring your specific situation to a Louisiana attorney.  Considering how a criminal record can haunt you personally, professionally and financially, the expungement is a wise investment in your future.

Federal Law: If you were convicted or plead guilty in federal court, there is currently no federal statute which allows for the expungement of criminal records within the federal system.  There have been only rare instances of federal courts granting expungements on "equitable" grounds.  Legislation has been introduced in Congress to give ex-offenders the opportunity to expunge records of one-time, non-violent offenses.  However, that legislation has not been signed into law.